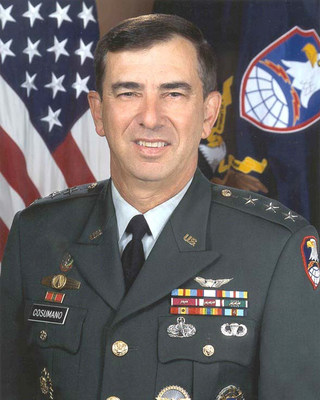 Cosumano was named the recipient of the «Spirit of Independence» award in 2020, but due to the Independence Bowl cancellation, was not able to be honored.

Since the award’s inception, this honor has been bestowed upon outstanding American citizens, or organizations, which symbolize the spirit of freedom and independence on which the United States of America was founded.

«Joe Cosumano is truly a great American.  He has served his country well, leading both in the military and in industry. He has been instrumental in developing technologies and systems that ensure our freedom and protect our troops.» Said Radiance Technologies CEO Bill Bailey «I am proud to call him a friend.  Joe is also a Louisiana boy with deep roots in the community.  He deserves the spirit of Independence award.»

About Radiance Technologies:
Radiance Technologies is an employee-owned small business prime contractor founded in 1999. Radiance has over 800 employee-owners across the United States serving the Department of Defense, national intelligence community and other government agencies. From concepts to capabilities, Radiance leads the way in developing customer-focused solutions in the areas of cyber security, systems engineering, prototyping and integration as well as operational and strategic intelligence including scientific and technical intelligence.

About the Independence Bowl:
The Radiance Technologies Independence Bowl – college football’s 11th-oldest bowl game – will play its 45th edition in Shreveport, LA this year. The game is slated to feature a matchup between the #13 ranked BYU Cougars and the UAB Blazers. On April 21st, 2020 the Independence Bowl Foundation announced a five-year agreement with Radiance Technologies to be the game’s title sponsor along with new primary agreements that will bring a rotation of the Army’s West Point Black Knights and BYU to Shreveport to face off against a rotation of the Pac-12 Conference, American Athletic Conference and Conference USA.